Approach
Aaron Finter’s approach is simple. In all cases, the objective is to obtain the best possible result for the client in the promptest and most cost-effective manner possible based upon the unique circumstances of each individual matter. With regard to litigation/arbitration matters, if the matter cannot be resolved through an early negotiation/mediation, Aaron Finter work hard to position the case to be resolved by the judge by way of motion practice. If this is not possible in an individual case, Aaron Finter is an experienced trial attorney and will aggressively prosecute or defend the client through trial and, if necessary, on appeal. 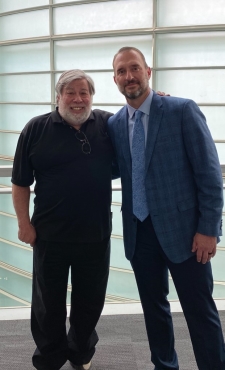 Steinfelt v. American Family Education (1 CA-CV 21-0558) Aaron Finter represented the buyer under a lease purchase contract. The sellers refused to complete the sale of the property to the buyer and filed a forcible entry and detainer (eviction) action. The buyer was successful at trial before a Maricopa Superior Court Judge. The sellers appealed. The Arizona Court of Appeals ruled in favor of Mr. Finter’s client, and affirmed the trial court’s ruling.

Aaron Finter successfully appealed the entry of a preliminary injunction entered against his client in Maricopa County Superior Court.

Underwood v. WIlczynski, et al., 2 CA-CV 2021-0077. Aaron Finter represented a property owner that had been sued by a neighboring property owner over the use of a roadway across a right of way created by a federal land patent. Aaron was successful at the trial court level on summary judgment. Thereafter, the Plaintiff appealed. The Arizona Court of Appeals affirmed the trial court’s summary judgment ruling in favor of our client.

Other licenses
Aaron Finter holds an active Real Estate Salesperson license in the state of Arizona. Aaron Finter is included on the Arizona Association of REALTORS® list of Mediators and Arbitrators.

Education and Honors
Aaron completed his undergraduate studies at Kansas University and in 1995, earned a B.A. in Psychology. He received his Juris Doctor from Washburn University School of Law in 2000, graduating with Honors. During law school, Aaron Finter worked as an intern and student director for the Washburn Law Clinic.