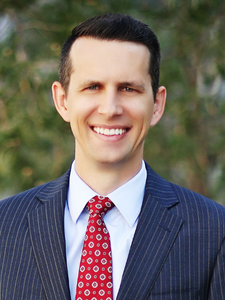 Before joining the firm, Tim focused his practice on corrections and government liability defense, including the defense of civil claims under 42 U.S.C. § 1983, Bivens actions, as well as state law tort claims. He worked with attorneys to counsel and defend corrections departments, government agencies, and other public and private entities in Arizona and across the nation.


Tim has also litigated insurance defense claims involving construction defects for residential and school projects. He regularly evaluated contracts and insurance policies and advised clients regarding potential liability. In addition, he has also helped individuals who have been injured in car accidents.

Tim is an Arizona native. Ray Road in Chandler is named after his family. In his spare time, Tim enjoys spending time with his wife and three kids and riding dirt bikes.